Cat and dog, a possible cohabitation?

"Get along like dog and cat." According to this popular expression these two pets are the best enemies in the world. But is this a reality? Are they destined to dislike each other? Homycat raises veil on the question of the cohabitation between dog and cat.

The differences between dogs and cats won't surprise you. One is a canine and the other is a feline, their physiology as well as their behaviour and social life are fundamentally different.
Dogs are pack animals that are easy to tame and have been with humans for over 100,000 years. Conversely, humans have not sought to tame small wild felines. The latter have come closer to themselves by hunting mice and other rodents in attics. This solitary hunter, independent and unpredictable, has lived with humans for "only" about 9,500 years.

In addition to character and history, language is a barrier that blurs the relationship between dog and cat. When the small canine expresses its kindness by wagging its tail, the cat does so to show its aggressiveness. An inexperienced animal can therefore easily confuse these signs, thereby complicating their relationship. 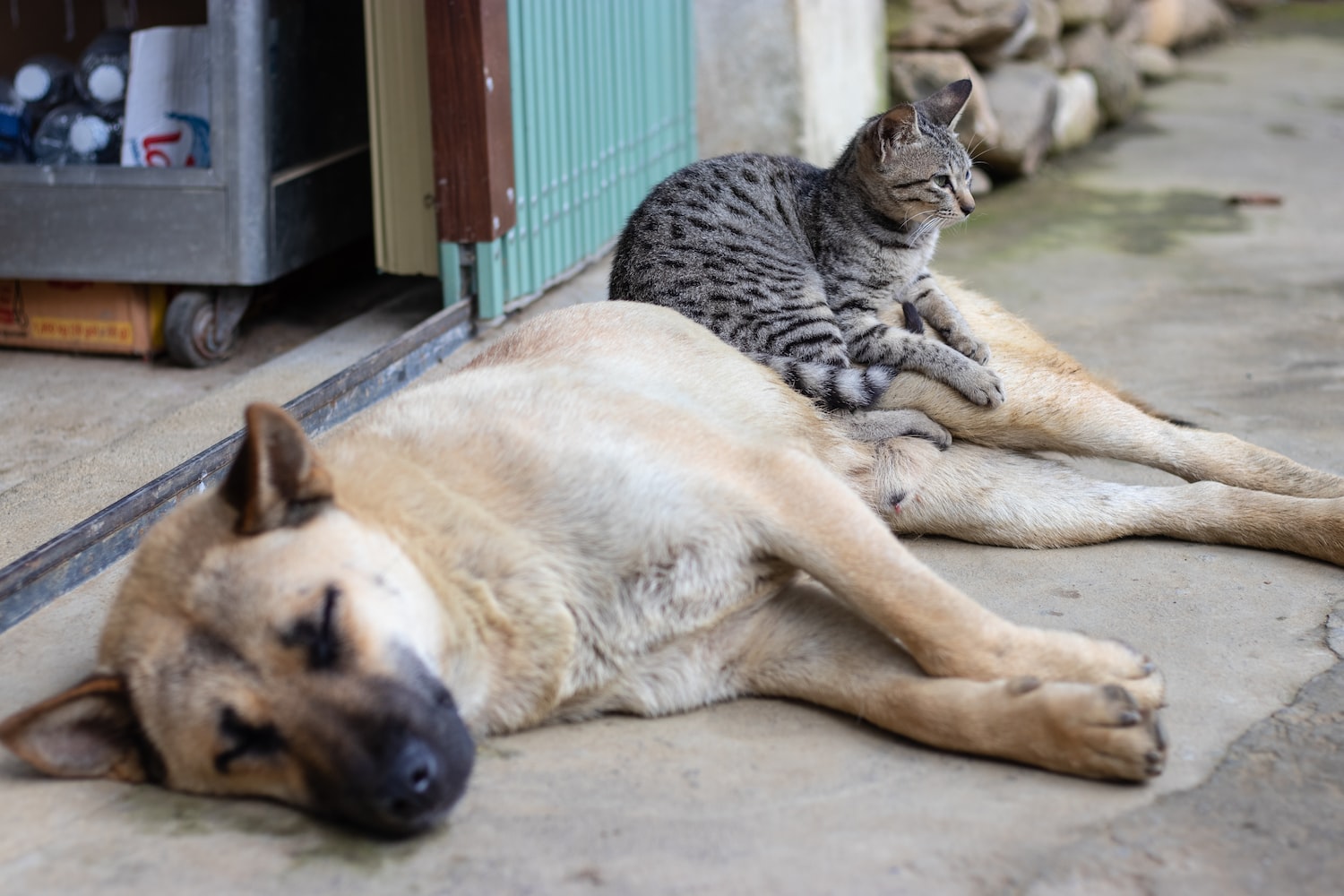 The physical difference cannot be overlooked. Dogs, on average larger than most cats, can unintentionally rough up or injure these small felines. A paw kick as an invitation to play may therefore be perceived differently by the cat, who will feel disturbed or even assaulted.

As you will have understood, nature has not made it easy for the relationship between dog and cat to be synonymous with peace. Do not be afraid, it is not a fatality, the cohabitation between these two pets is possible! To ensure that it takes place in the best conditions, for both of them, Homycat offers you some advice!

First of all, it is important to know that the lack of understanding between dog and cat is mainly due to external factors, such as the conditions of the encounter or the past experiences the animal has had with the other species. Thus, it is mainly a question of the individual (his character, his experience with the other animal, etc.) rather than a question of the species. 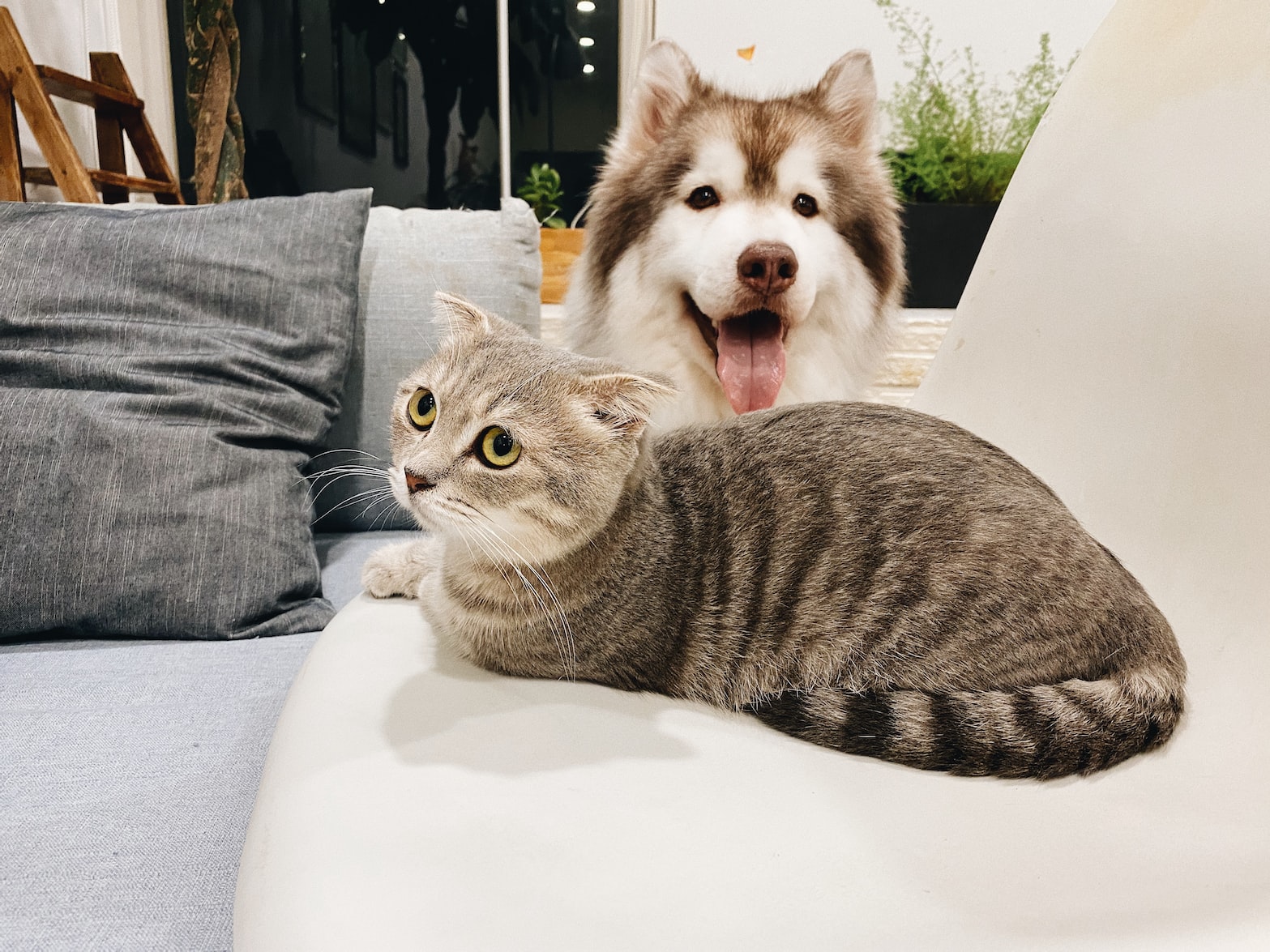 3- The meeting of dog and cat

That's it, cats and dogs are together in your home. But what to do with them now?

Before any confrontation, it is important that your two hairballs do not come into direct contact during the first few days. To do this, separate them in two different rooms by exchanging their blankets, toys and cushions from time to time so that they adapt to each other's scent.

Then comes the time for introductions. This fateful moment, often a source of stress for the animals as well as for the masters, must be done according to certain rules and above all must not be forced. 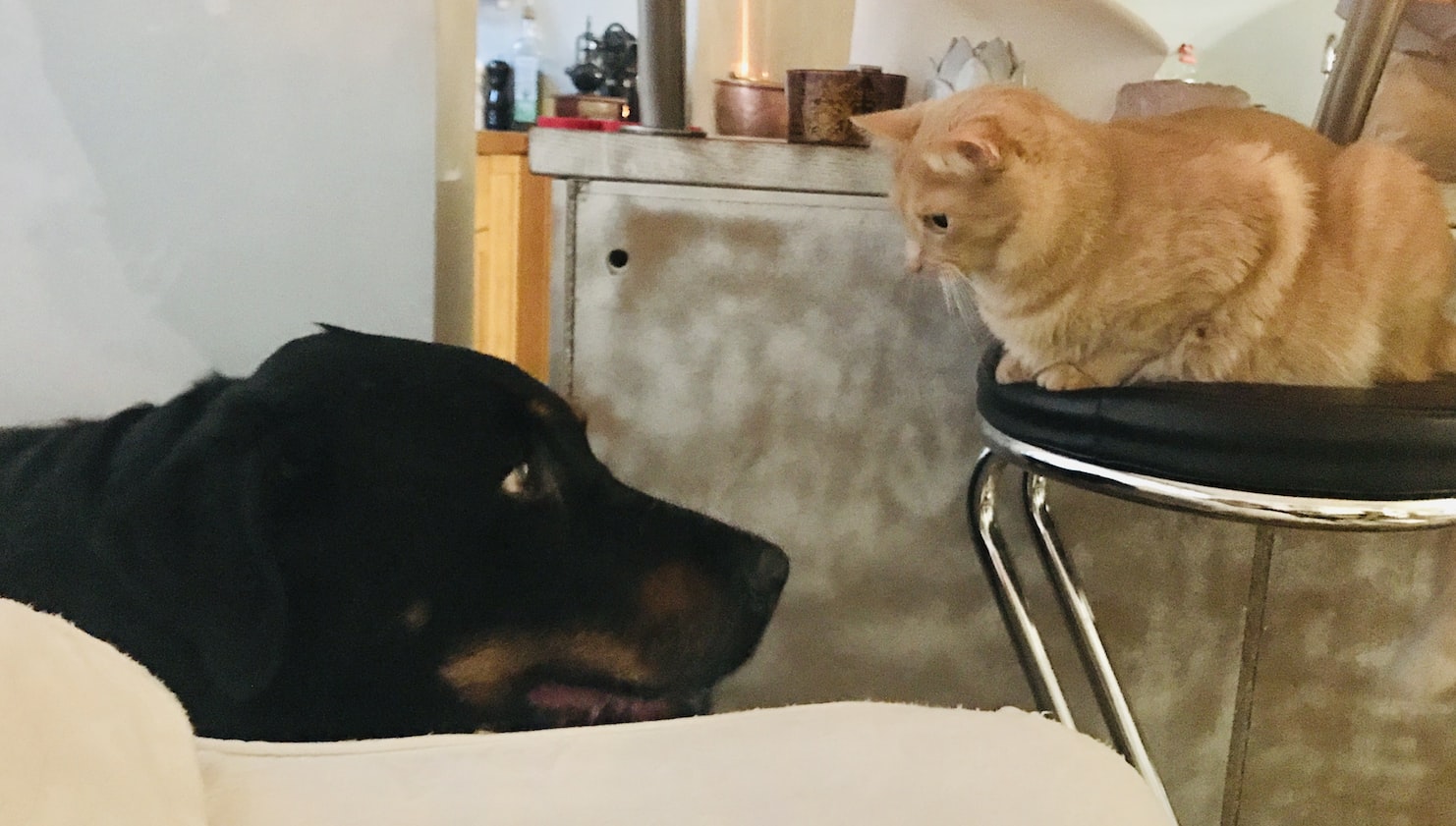 Initial interviews should last no longer than a few minutes. The aim is above all for both partners to get used to each other's presence and feel. As a security measure, your presence is indispensable during these short interviews. It is also advisable to keep the dog on a leash, because by its size, the dog can be impressive and take the upper hand. In order for the cat to feel safe and out of the dog's reach, a high fold option should be available. Under no circumstances should both animals be locked in cages, they must be able to leave at any time.

Do not hesitate to reward your two fur balls if they have been calm. If your cat is under stress, the use of pheromones can help calm her down.

4- Dog and cat, after the confrontation, the cohabitation

Although the two roommates now know each other, there are a few rules that must be respected so that the cohabitation takes place as peacefully as possible.

It is important that everyone finds his or her place and has enough space to avoid rivalry. The notion of territory, which is very important for these two animals, obliges dog and cat to have their own bowl, their own litter box and their own resting area. Moreover, these three spaces must be separated. If the cat has been living in the home for some time, as a territorial animal, it may have a little trouble giving up its territory to a newcomer. Very attached to its routine and dedicated spaces, the cat may become disoriented and stressed if the dog encroaches on its territory and spreads its scent everywhere. Make sure the small cat has places where it can take refuge in a quiet environment.

Avoid jealousy at all costs. With their skin-deep susceptibility and aversion to injustice, they won't be able to bear to see the other animal being pampered any more. So don't give preference to the newcomer, at the risk of excluding the old one, who will feel neglected. 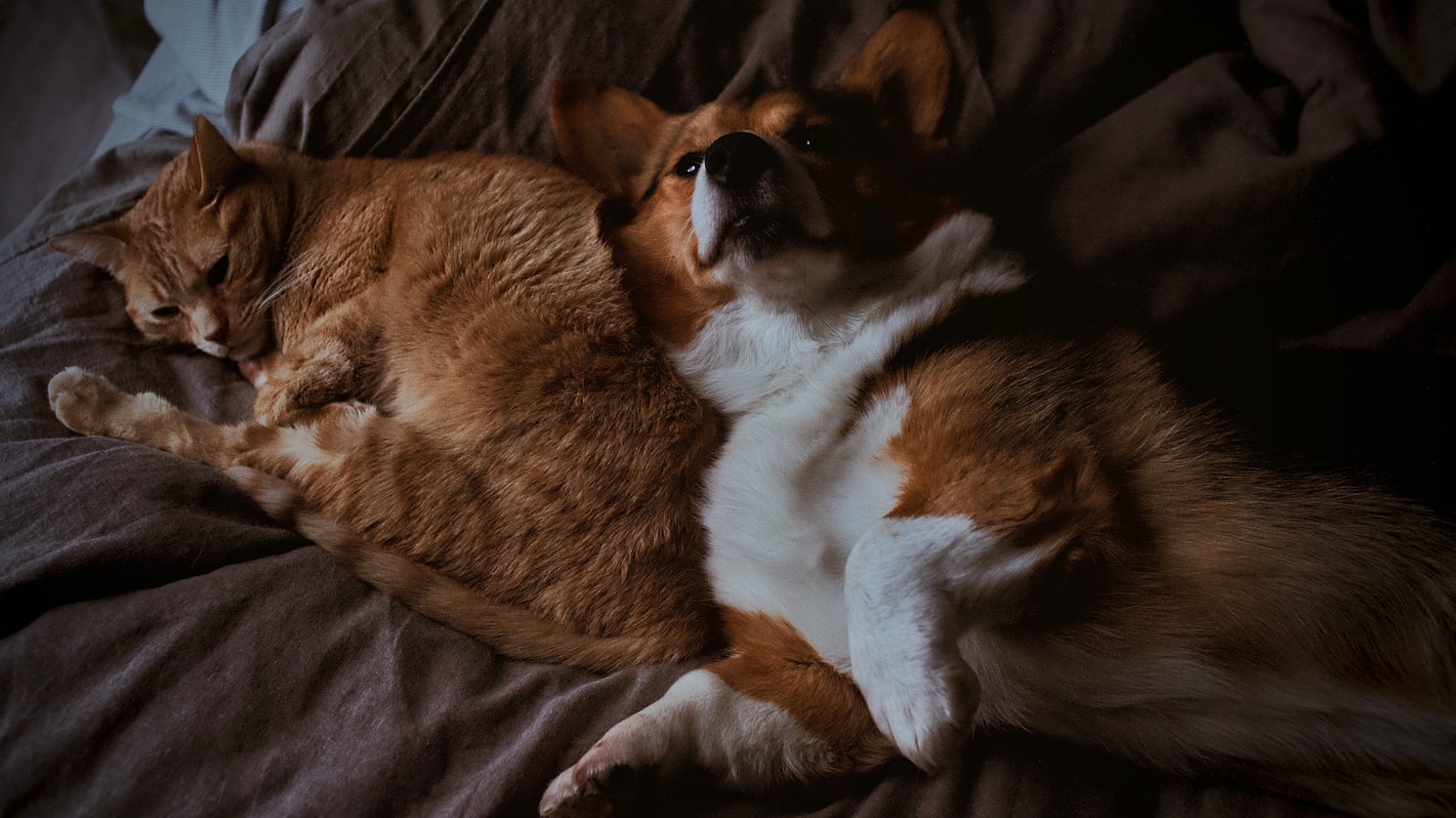 5- The patient, the key to successful cohabitation

As you will have understood, each animal is unique, with its own character and its own way of understanding events. Your little fur balls will need time to adapt and get used to the presence of the other: be patient!

As long as they each have their own space with places reserved for them, everything should go well. Over time, most cats and dogs who live together become friends, and the relationship gradually develops.

Still skeptical? Be aware that there are breeds that are more predisposed to cohabitation. For dogs, sociable poodles and German shepherds, as well as independent bulldogs, pugs and greyhounds will be perfect roommates. As far as cats are concerned, Carthusian monkeys, for example, will be able to adapt to living together. Although these breeds have a predisposition to get along well together, we must not forget that this depends mainly on the animal, its character and its experience.

If you still have problems after this advice, do not hesitate to call in behaviourists for dogs and cats. These professionals will be able to give you the keys to succeed in living serenely with cats and dogs.