Kawaii fashion: the story of a phenomenon

Let me make 3 hypotheses about you, you who (lucky you!) found this article.

You used the Internet to get here. (Yeah, well, I'm not taking too many risks here)
Since you are surfing the english web, chances are you don't speak Japanese fluently.

Because my first assumption is indisputable, and even if the second assumption is correct, you have already heard about the kawaii phenomenon (and, before you ask me, no, the kawaii has nothing to do with either Hawaii or even K-way).
Are you really sure you don't know? (those who know, don't blow the answer)

Perhaps then you know the name better: "kawaaaaaaaaaiiiiiiiiiiiiiiii!!! ", preferably by a teenager dressed as a manga character whose path would have crossed that of a small, particularly bushy animal...

(If said teenager had fallen on a spider, she would have shouted "kowaaaaaaaiiii" instead, with an "o" as in "ohomyyyyyGod what an Oooooh Boy! »)

Anyway. If you didn't know it yet, you'll have guessed it by now: "kawaii" is the equivalent of our "cute", or "adorable". However, none of our English translations do justice to the complexity of the original meaning. Through this article, I will therefore try to provide some additional meaning... 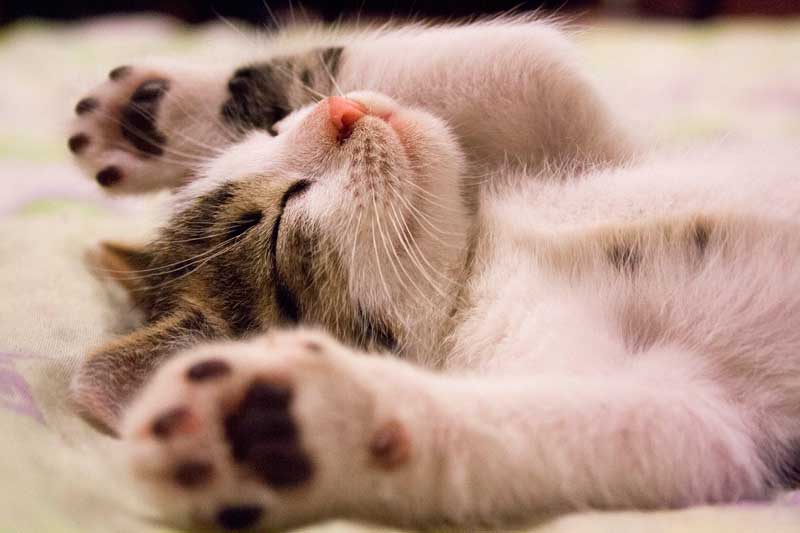 But first, a little contextualization. At the root of the word "kawaii" itself is "kawayushi", which was first found in dictionaries at the very beginning of the 20th century... and which is not very flattering to the people it describes!

Indeed, its meaning refers first and foremost to a set of characteristics that evoke pity and disdain, especially among those who are considered socially inferior to us.

Over time, "kawayushi" has fallen into disuse, but before he died, he produced children, who are never more alive: "kawaisô", which means more or less "pathetic"... and our "kawaii", in a much more positive sense.

Being a Kawaii is quite an art!

So positive that today, especially among children, teenagers and young adults, the kawaii is often perceived as an ideal of beauty in its own right.

For women, this will mean, among other things, that they will:

Men, on the other hand, are less known for playing on their appearance, and when they do, it's usually more discreet (for example, shaving all visible hair to get a youthful look).

However, this does not mean that they are less attracted to kawaii than women: otaku (aka Japanese geeks), among others, are known for their love of cultural products whose aesthetics are largely based on them... mangas, for example! (Not all manga claim direct Kawaii influence, but it is true that many feed on it)

The kawaii, philosophy of innocence

The adjective "kawaii" is therefore now purged of many of its negative connotations, although care must be taken in how it is used. One can only be a kawaii if one gives the impression, rightly or wrongly, that one is completely devoid of malice... As a result, calling someone "kawaii" may imply that one finds that person a little simple-minded, disconnected from the sense of reality or childish.

Moreover, sociological surveys have shown that the Japanese mainly use the term to refer to people and animals that ostensibly display their vulnerability. To them, a kitten that mews or plays is 200% kawaii, as is a baby that laughs, or a man trying to look effeminate by social standards. 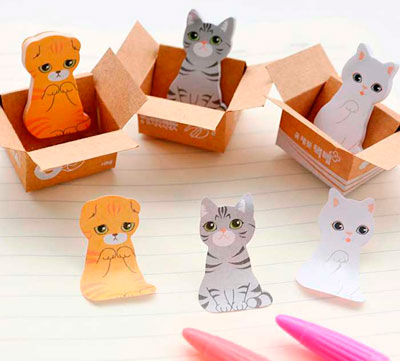 If the kawaii is first and foremost a set of graphic codes inspired by the world of childhood and small mammals (children, cats, dogs, etc.), giving pride of place to large bright eyes, simplified round shapes and anthropomorphic objects, by extension, it is therefore also a way of being.

The most extreme followers of kawaii will thus seek to cultivate innocence and naivety in the least of their attitudes. For example, many young women (they are the ones who make and break kawaii fashions) modulate their voices to make them exaggeratedly high, like Bernadette in the Big Bang Theory series. This is all the more so since, in traditional Japan, it is customary for men to make their voices slightly lower and women their voices slightly higher in order to emphasize gender differences. 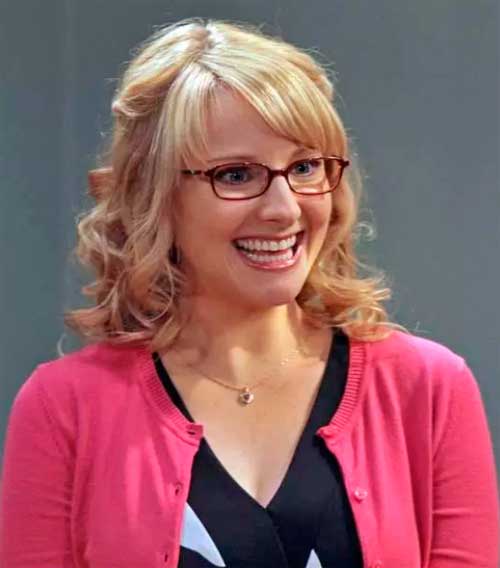 So try listening to j-pop from girl bands (aka "aidoru", or "idols"): sometimes it seems like you have to be a schoolgirl in a uniform doped with helium to have a career in Japanese music...

The birth of a global phenomenon

At the origin of the phenomenon: a large-scale teenage crisis? 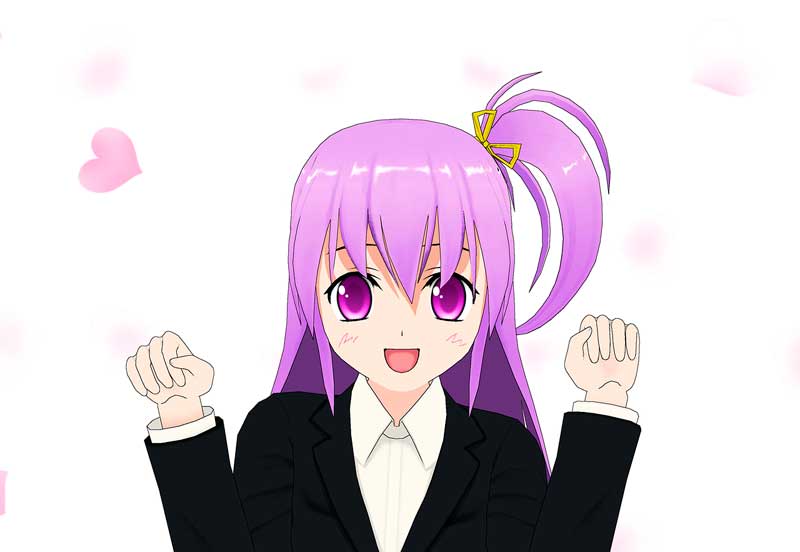 As is often the case with large-scale phenomena, there is not a single cause involved, and it is difficult to date precisely when we started talking about "kawaii style". However, we can compare the birth of the latter with a societal fact that surprised everyone by its scale: the calligraphic rebellion that shook Japanese schools in the early 1970s.

Wishing to distance themselves from vertical writing and brush strokes with carefully calculated irregularities, the young Japanese women then began to write with criterium, which produced fine and regular strokes. And above all, they overly round off the "hiragana" (Japanese equivalents of our 26 letters), frame them with small drawings that retrospectively recall emoticons, and adopt Western writing codes (horizontal writing, and sometimes Latin characters).

Within a decade, this phenomenon spread at a phenomenal rate in Japanese schools, to the great despair of teachers struggling to correct increasingly illegible copies...

Not to mention that the desired effect is a sentimental return to childhood, a time of spontaneity and pleasure where one is still free to be oneself. The idea is to stand out from the adult world, judged in contrast to the stressful and stifling social constraints. No wonder adults react badly to this....

Especially since in universities which, as in France, are still recovering from the protest movements of 1968, students are also beginning to behave in an immature way: skipping classes, reading mangas for children... Conservative minds of course take a very negative view of this, imagining a new generation of workers unable to cope with the demands of working in companies and, more broadly, of adult life.

In some schools, sanctions eventually fall. The goal: to spare teachers severe headaches by discouraging students from continuing to write in burikko-ji ("childish characters") or koneko-ji ("kitten characters"... meow!), among other writing styles.

But despite this, according to Sharon Kinsella, an English speaker specializing in Japanese visual culture, there were no less than 5 million users of "kawaii writing" in 1985.

The internationalization of kawaii 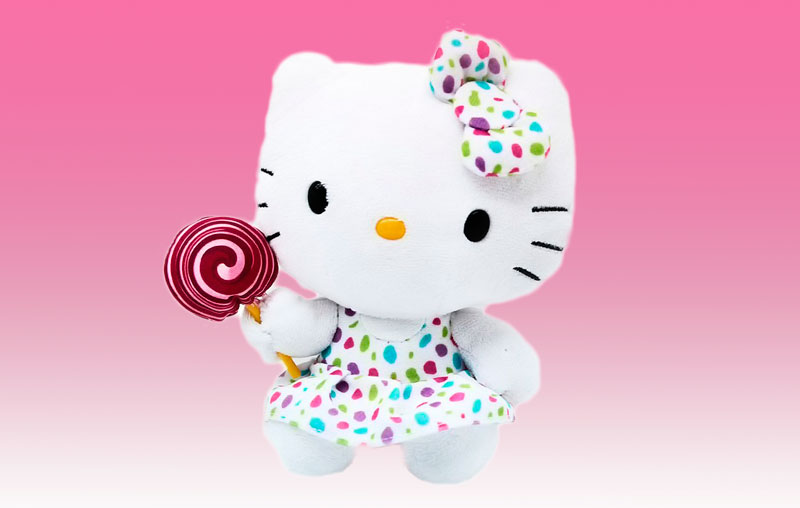 Finding a golden opportunity, the Japanese industry at the top of its form quickly offered for sale all kinds of cute fanshi guzzu ("fancy goods"), promoted with typos imitating the new favorite style of young Japanese. The success was phenomenal, and continues to this day.

One of the pioneers in this field is the Sanrio company, which in 1974 created the most famous Kawaii character: Kitty White, better known as... Hello Kitty ! ^_^

Today, kawaii represents a large part of Japanese culture, represented in fashion trends (lolita styles, decoration...), graphic arts, cuisine, music (kawaii metal, an improbable mixture of j-pop and metal, is probably the strangest style of music that has ever been invented....)... A real tsunami of pastel colours that has exploded borders!

These Japanese people are crazy!

Now far from its gently sulphurous and controversial origins, the kawaii is now inseparable from contemporary Japanese culture, which has adopted it as a communication and marketing tool in its own right. And this kind of consensus is sometimes pushed so far that one might wonder if the Japanese live in the same world as us...

That Pikachu, the most famous and most kawaii of the Pokémon, invites himself to the bank cards, still passes, but did you know that institutions as respectable as the Japanese police or armed forces have their own official kawaii mascot?

And they are not the only ones: the Japanese have developed a real passion for small, plump mascots embodying institutions, prefectures and other concepts. Even nuclear energy has its mascot: Pluto-kun.... Apparently, all these schemes would be ways to make potentially uncomfortable concepts sympathetic. And also, it must be said, to sell more: the kawaii remains, even in times of global economic crisis, a sure bet. We're not done hearing about it yet!